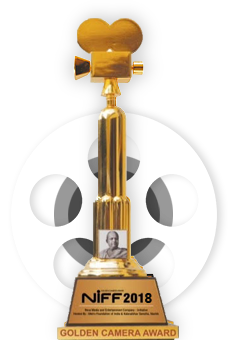 We take great pleasure welcome you to the Nashik International Film Festival as tribute to the vision of legendary Dadasaheb Phalke, the father of Indian Cinema, originating in Nashik. The festival is in its 10th successful edition 10th NIFF will be celebrated as the biggest cinema carnival during 22nd March to 25th march 2018.

DIMENSIONS YOUTH Section - Films made on Thoughts of Global Mentors & Icons - Legends like Chanakya , Swami Vivekanand , Gautam Buddha, Mahatma Gandhi, Babasaheb Ambedkar, Veer Sawarkar, Mother Teresa, A.P.J. Abdul Kalam or similar legendry personalities who have inspired the world by their thoughts & deeds and became world icons , Plus lots more... The Initiative started to restore the Vision of Dadasaheb Phalke for new generation; to Develop Nashik as a Film City and to pay Tribute to the Father of Indian Cinema at his birthplace is now popular at "Heritage Film Festival” and is the most preferred Fest for Filmmakers Worldwide During Our Journey past ten years we have connected with 47 Countries, more than 13000 Filmmakers Worldwide , Screened about 1260 films , Premiered more than 81 films, Awards & Recognitions to 450 Filmmakers & Legends Worldwide. NIFF has Created Platform of Great opportunities for Independent Filmmakers & Youth worldwide. 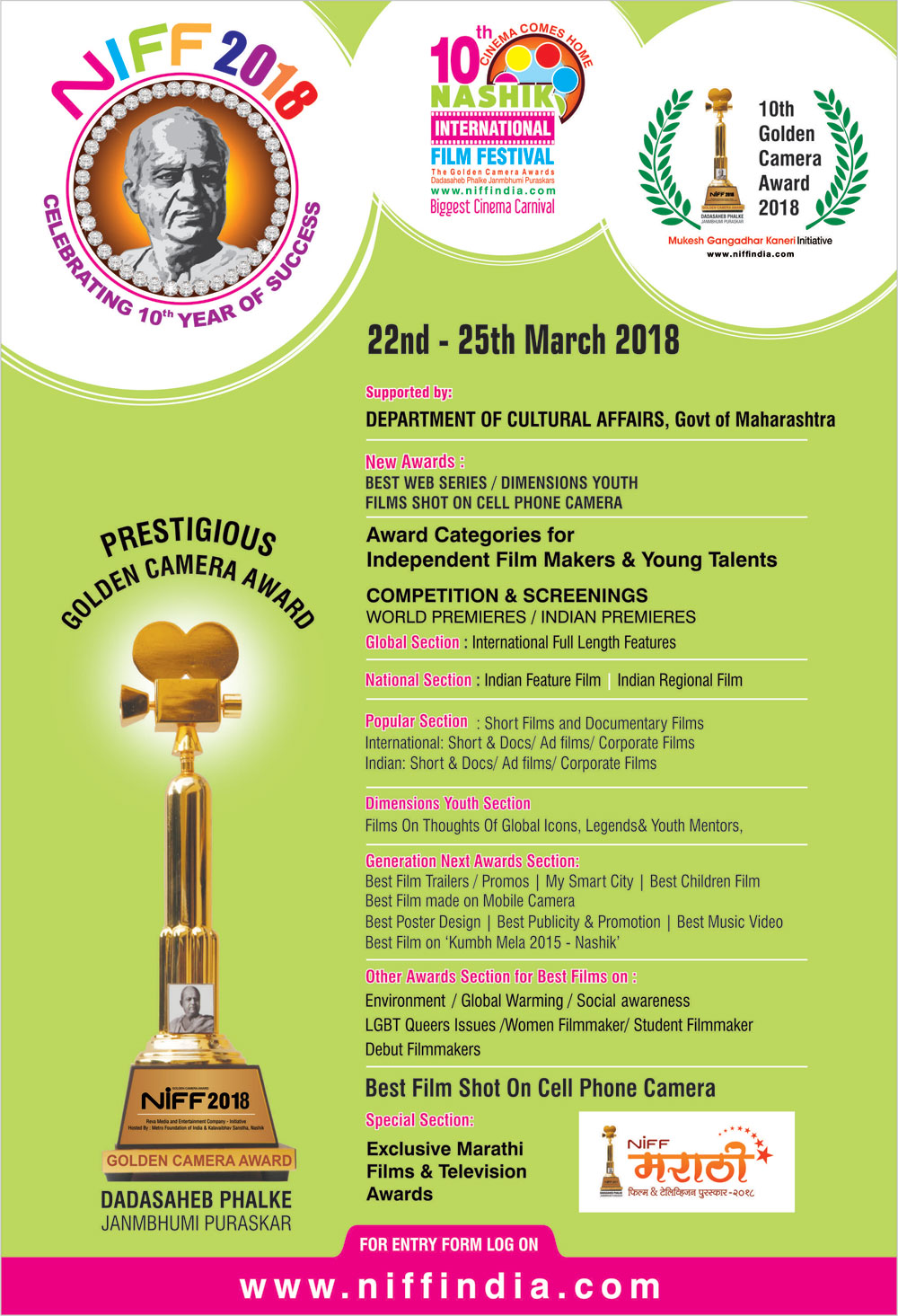